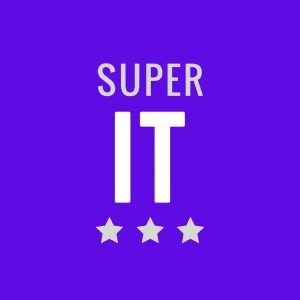 Super IT is a three-semester class and learning cohort that traces the development of scientific and philosophic ideas and literary and religious texts from ancient Mesopotamia to the modern world.  Taught by a historian of science and a literary historian, the class benefits from the exchange of two different disciplinary approaches and perspectives. The course will examine the intellectual worlds in which scientific discoveries were made and literary masterpieces were created:  their sources within societal movements and their consequent impact.  For example, Darwin’s ideas depended upon romantic emphasis on growth and development rather than stable categorization.  His ideas provoked sharp response from Dostoevsky and approval from Marx.

Fall semester of the course (beginnings through the Roman Empire) will feature the ancient world with readings of primary texts from early Greek (pre-Socratic) scientists who questioned what the primary substance is and whether change or stability describes natural phenomena.  These readings will be followed by readings of Aristotle and of early atomists. These early scientific inquiries will be accompanied by readings of great literature, religion, and philosophy, including Homeric epic, Greek drama, the Bible, and Plato.

Spring semester (beginnings of the Common Era to the modern world) will feature readings in Islamic mathematics, anatomy, and chemistry as well as the reasoning of William of Ockham and experiments in optics and chemistry done by medieval and renaissance artists.  The importance of the rediscovery of Aristotle and the atomists will be highlighted.  Important literary and religious readings will include works of Augustine, Thomas Aquinas, Dante, Machiavelli, Luther, and Shakespeare.

The final semester, the second fall semester, will feature the modern world with even more emphasis on the development of science, including methodologies, logic, discoveries, competition, and scientific societies.  Sample scientific readings include texts by Galileo, Newton, Darwin, Einstein, and Watson. Important political, literary, and philosophic readings will introduce the ideas of Hume, Rousseau, Marx, and Woolf.

*Making good academic progress in the year and a half long program will make you eligible for special Honors College student abroad funds to be used toward a Super Intellectual Traditions trip abroad. Tentatively, this trip is planned for the fall break of Fall 2019.