Home » News and Announcements, Student Profiles » U student creates documentary to highlight life of the father of digital audio recording 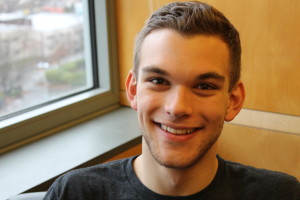 Whether it be liking Beyoncé’s photos on Instagram or responding to Anderson Cooper’s tweets, most people’s interactions with their idols are limited to social media and consuming whatever books and films about them exist. Not for Sam Katz. An honors student majoring in film and media arts, Katz is working closely with his late idol’s friends, family and colleagues to create a documentary on Thomas G. Stockham’s legacy as a pioneer in digital audio recording.

Katz, who has a long track record of involvement in the arts, chose to major in film and media arts from the get-go but didn’t find his niche until he took a series of classes about the technical and physical aspects of sound and music

“Those classes were sort of my route back into film. I was totally fascinated by sound–it has this amazing physicality and dimensionality to it.” said Katz.

After stumbling across an article about Stockham in the U’s magazine Continuum, Katz was stunned he hadn’t heard of him before, and set out on a quest to learn more about him. He immediately contacted the article’s author and created a 7-minute documentary about Stockham titled Genesis.

Dubbed the father of digital audio recording, Stockham was a professor at the U who helped establish the computer science department in the 1960s. He also founded the first commercial digital audio recording company in the United States, Soundstream, in Salt Lake City in 1975. Stockham’s work laid the foundation for development of the CD. Stockham was also internationally recognized as an expert and served on the committee of technical experts who investigated the Nixon Watergate scandal; Stockham determined that the gap in a critical tape recording was not accidental as claimed.

For his honors thesis, Katz is expanding his 7 minute documentary into a 25-minute piece by conducting intensive archival research and interviewing those closest to Stockham.

“I’ve found that by far the richest source of material is just talking to people who knew him. So I interviewed some of his former colleagues in the U’s College of Engineering, a number people who worked for him at Soundstream, a friend of his from MIT, and a whole bunch of others.”

Katz also took a trip to southern Utah with Stockham’s family for intimate access to those closest to Stockham.

“[Thomas G. Stockham] changed the way we listen to music….I want as many people to know about him as possible.”

Katz insists his success would not have been possible without funding and support from the U’s Undergraduate Research Opportunities Program and administration.

“When people are actually willing to fund your project like that, it’s incredibly validating. Not only does that make the research possible, it also demonstrates that people believe in your idea and are willing to fund it,” Katz said. 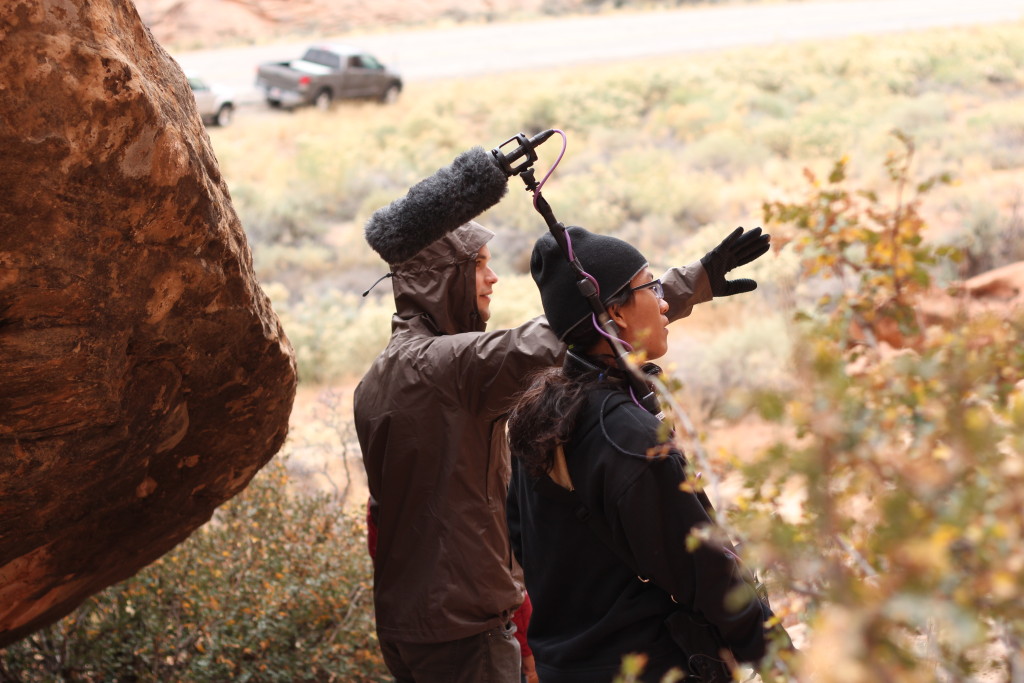 Katz also credits the Honors College as playing a critical role in his undergraduate experience and in helping him develop his confidence.

“I was skeptical at first, but I really did notice a difference in my Honors courses. My classmates were actually engaging in the discussions and excited about learning and trying to figure out how to apply that to the real world… And there were just so many cool courses to choose from. That was a big part of what allowed me to experiment and figure out what I was really good at and cared about. ”

Katz recently accepted a post-graduation job as a video specialist with the U’s Genetic Science Learning Center. Katz hopes to attend graduate school someday and ultimately create his own production company that specializes in full package sound and music services for independent filmmakers.

For students struggling to find their joie de vivre, Katz advised, “Have faith and listen to that little voice inside of you. Just experiment and figure out what lights a fire in you, and once you’ve got it, just do it a lot. Don’t back away from it—that’s what’s going to make you excited and feel that fire inside all your life.”

“Don’t take no for an answer and have confidence in yourself. Even the greats had to start somewhere. You are capable of great work too.”