Honors students from all majors may be particularly suited to apply for Distinguished Scholarships like the Rhodes, Marshall,  Churchill, and Mitchell to attend graduate school in the United Kingdom and Ireland. These Scholarships are looking for outstanding academic merit, as well as leadership potential, social and community engagement, and ambassadorial aptitude—all traits of a successful Honors student!

50% of Honors College graduates go immediately on to Graduate or Professional schools—why not go to the U.K. to do research at the University of Oxford, Cambridge, or another British institution supported by these prestigious scholarships?

For other Nationally Competitive Scholarship opportunities that may be available to you, please explore the list hosted by the Office of Global Engagement website.

If you are interested in applying to one of these Scholarships, please contact Ginger Smoak, a member of the Honors Faculty and the Distinguished Scholarship advisor, at Ginger.Smoak@utah.edu.

Rhodes Scholars are chosen not only for their outstanding scholarly achievements, but for their character, commitment to others and to the common good, and for their potential for leadership in whatever domains their careers may lead. The Rhodes Trust, a British charity established to honor the will and bequest of Cecil J. Rhodes, provides full financial support for Rhodes Scholars to pursue a two-year Graduate degree or degrees at the University of Oxford in the United Kingdom.

Marshall Scholarships finance young Americans of high ability to study for a graduate degree in the United Kingdom. One to two-year programs at the graduate level in a UK institution in any field of study. As future leaders, with a lasting understanding of British society, Marshall Scholars strengthen the enduring relationship between the British and American peoples, their governments and their institutions. Marshall Scholars are talented, independent and wide-ranging, and their time as Scholars enhances their intellectual and personal growth. Their direct engagement with Britain through its best academic programs contributes to their ultimate personal success.

Churchill Scholarships provide funding to American students for a year of Master’s study in science, mathematics, and engineering at the University of Cambridge, based at Churchill College. The Scholarship was set up at the request of Sir Winston Churchill in order to fulfil his vision of US-UK scientific exchange with the goal of advancing science and technology on both sides of the Atlantic, helping to ensure our future prosperity and security.

The Mitchell Scholarship Program, named to honor former US Senator George Mitchell’s pivotal contribution to the Northern Ireland peace process, is designed to introduce and connect generations of future American leaders to the island of Ireland, while recognizing and fostering intellectual achievement, leadership, and a commitment to community and public service.  Mitchell Scholars between the ages of 18 and 30 are chosen annually for one academic year of postgraduate study in any discipline offered by institutions of higher learning in Ireland and Northern Ireland. Applicants are judged on three criteria: scholarship, leadership, and a sustained commitment to community and public service.

View a complete list of on-campus advising for Nationally Competitive Scholarships and Fellowships. 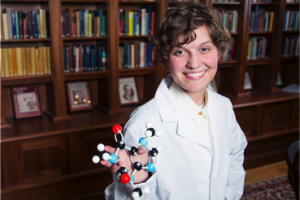 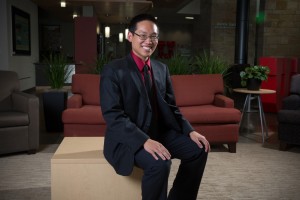