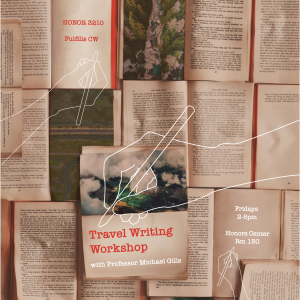 Using the creative essay as a vehicle for exploration, writers will craft pieces that explore the powerful human relationship to place. Particularly, we’ll indulge the magic of new of foreign or strange environments some of which are known but not yet seen. As a component of the class, student-writers will be asked to engage the seminal writing task of the ages: go somewhere new, be in awe, and write about it. 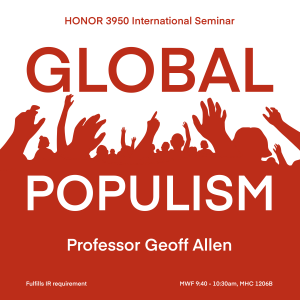 Populism is increasingly identified as a major source of social, political and economic changes around the world. But populism is an ill-defined concept. What is populism? How does it shape society in different contexts? In this course, we will investigate populism, as a concept, as a political strategy, and as a political and social movement. We will look at populism as both a local phenomenon in several countries around the world, as well as a global social force. 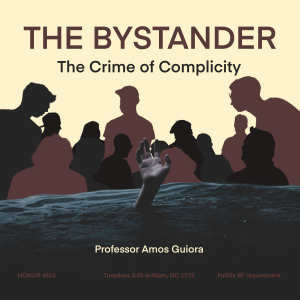 If you are a bystander and witness a crime, should intervention to prevent that crime be a legal obligation? Or is moral responsibility enough? The course examines the bystander-victim relationship from multiple perspectives, focusing on the Holocaust and then exploring cases in contemporary society. Drawing on a wide range of historical material and interviews, the course examines the bystander during three distinct events: death marches, the German occupation of Holland, and the German occupation of Hungary. While the Third Reich created policy, its implementation was dependent on bystander non-intervention. Bringing the issue into current perspective, the course explores sexual assault cases at Vanderbilt and Stanford Universities, as well as other crimes where bystanders chose whether or not to act, and the resulting consequences. The course examines whether a society cannot rely on morals and compassion alone in determining our obligation to help another in danger and whether t we must make the obligation to intervene the law, and thus non-intervention a crime. 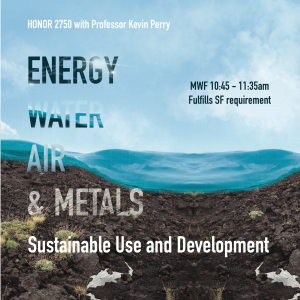 Modern society has utilized the vast fossil fuel and metal reserves of the Earth to increase both its technological sophistication and the standard of living for its residents. However, this progress has come at a price. Access to clean water and air is no longer guaranteed for millions of citizens and regional/global conflicts have arisen as countries attempt to control the raw materials which fuel our society. This course will explore the environmental pressures exerted by continued economic development and evaluate various technologies and strategies aimed at creating a more sustainable society. To the extent possible, discussions and student projects will focus on locally relevant and timely issues. 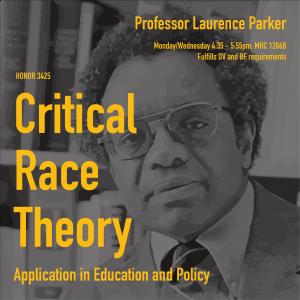 This seminar will focus on critical race theory (CRT) as a critique of racism in the law and society and discuss its current applications to education and diversity. As a form of oppositional scholarship, CRT challenges the experience of White European Americans as the normative standard; rather, CRT grounds its conceptual framework in the contextual experiences of people of color and racial discrimination through the use of counter-narratives/stories and emerging analysis of structural racism. This will be reading and writing intensive class and we will focus how CRT can be a useful framework to analyze and hopefully transform educational institutions (K-12 and higher education). and policies to promote change regarding racial social injustice.

The course will be co-taught by bioethicist Peggy Battin and Dr. Chuck Norlin

**Designed for Juniors and Seniors

In this course we will explore the multiplicity of representations and meanings attached to the paired concepts of God and Monster.  Beginning with Homer’s foundational epic poem, The Odyssey, our survey is intended to illuminate the ways in which our deepest personal/cultural mores, fears, anxieties, and desires are reflected in imaginative renderings of the sacred and the profane.  These experiences of extremity challenge and subvert our established categories.  They force confrontations with central issues of identity, with enigmas of the Self and the Other.  On this intellectual journey, we will draw principally from literary sources, but also delve into biology, psychology, philosophy, race theory, and film.

“There are decades where nothing happens; and there are weeks where decades happen.”
― Vladimir Ilyich Lenin

Revolution (def.): 1) a revolving; a turning; 2) the overthrow of an established order.

From Copernicus to Kant, from the Glorious Revolution to the Bolshevik Uprising, from the Suffragettes to the Civil Rights Movement, and from Stonewall to Parkland, the ever evolving concept of “revolution” has come to frame the rapid and often radical shifts in the social, political, and scientific order. The world has cycled through ages of revolution at an ever-increasing rate, and for more than half a millennium, the word has come to permeate our history, our literature, our art and culture and politics. This Intellectual Traditions course will follow the idea of “revolution” through its own evolutions in meaning and explore its many origins, adaptations, and expressions. Along the way, we will question, along with Jefferson, whether revolution is inevitable—or perhaps even an integral component to maintain the order of society.

Our wide-ranging study will cover literary, scientific, philosophical and religious works, as well as art, film, music, and other texts. Our primary focus will be on critically reading, discussing, and writing to understand how these ideas have developed and evolved based upon time, place, and culture. We will explore how these texts have inspired, defined, expanded, arrested and even countered revolutions.

Magic in Historical and Technology with Professor Brian Kubarycz

This course will compare and contrast various historical systems of thought and practice with our own modern assumptions about mechanical causality and human agency.  Basic concepts will be drawn from a variety of disciplines in the humanities and sciences.  These will include: literature, philosophy, plastic arts, psychology, sociology, and science and technology studies.  The aim of the course will be to gain an understanding of systems of meaning radically different than our own, as well as an appreciation of the capacities and limitations of our own scientific worldview.

The course will present Western modernity’s mechanical metaphysics as the exception rather than the rule of human experience.  An examination of historical materials and contemporary critique will serve to defamiliarize the status quo and reorient students to alternate ways of experiencing physical, mental, and social reality.  The aim of this exercise is to help students gain a greater awareness of some of the fundamental assumptions which inform their understanding of their personal and professional lives, and to direct this new awareness toward responsible critical interventions in the present.

Modern conceptions of the “child” and “nature” emerged at the same historical moment and in tandem with each other. The Enlightenment thinkers and Romantic poets of the late 18th and early 19th centuries envisioned nature and childhood as mutually antithetical to corrupt society and, by contrast, pure and unspoiled. This course examines the development of our attitudes towards children and nature – as precious resources to be protected and conserved but also as raw material to be tamed and transformed for the benefit of humankind.

The link between children and nature is nowhere more evident than in children’s literature – a genre that likewise blossomed from Enlightenment and Romantic roots. As this pedigree suggests, children’s literature assumes sympathy between children and animals that influences our moral improvement and social wellbeing. Hardly fixed, however, this literary engagement also reflects the cultural values and intellectual traditions in which these books were written. This course uses children’s literature as a lens through which we explore the protean link between children and nature as it morphs in response to multiple discourses: Greek philosophy, Christianity, Enlightenment rationality, Romanticism, Darwinism, Marxism, imperialism, postcolonialism, conservationism, and modern environmentalism. Because young people now lead the charge on climate change, the relation between the rights of children and the health of the planet has new urgency, and analyzing how these discourses have developed enables us to position ourselves and to envision a path forward.

The Network: Interconnection from the corpus mysticum to the blockchain with Professor Chris Mead

This course in Intellectual Traditions considers network imagery from antiquity to the twenty-first century. “The network” may feel synonymous with the internet, but fantasies of interconnection over distance are far older than Facebook. We will begin by turning our collective eye to Christianity, whose notion of the corpus mysticum (“mystical body”) describes both Christ’s miraculous body and the group of believers constituted by that body. We will proceed to trace what many have understood as the modern secularization of the network through technologies such as the printing press, the railway, and the computer. We will also turn our attention to the foundational role that textiles and women have played in our understanding. In taking up the digital and contemporary, we will consider not just the rise of social media (both generally and in specific iterations such as “Black Twitter”), but also of decentralized ledgers such as Bitcoin and Ethereum.

This course examines the ancient foundations of the cultural traditions of Asia (especially China) OR Africa and the West in a comparative perspective. Through readings from the genres of poetry, history, and philosophy, the class considers both how the Asian (OR Africa) and Western traditions share commonalities and how important differences developed early on. Particular topics to be discussed will include: political ideals, conceptions of virtue, attitudes toward nature, views about family, and religious beliefs, for example. The course stresses careful reading, critical thinking, and good writing. 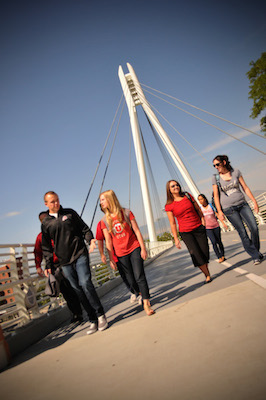 The Power of Ideas to Shape the World

At the Honors College, dedicated teachers and motivated learners collaborate to build an innovative education environment where everyone is challenged to think, ask questions, take risks and explore the full scope of the world around them. The work is demanding, the standards are high, but here students acquire the intellectual tools that will enrich their lives and enable them to thrive in a rapidly changing global community.