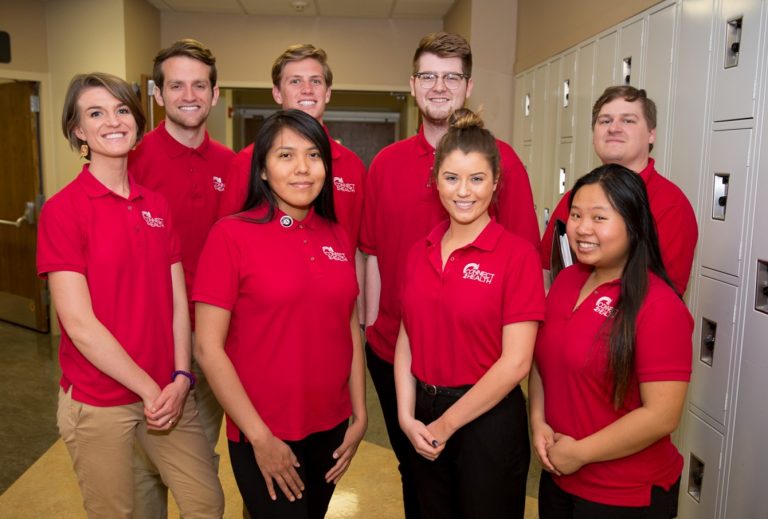 Each year, the University of Utah’s Office of Undergraduate Studies and the Office of Student Affairs recognizes people, programs and projects committed to creating a transformative, undergraduate educational experience.

The six Transforming U: Beacons of Excellence awards celebrate “best practices” found across campus, including labs, student clubs, individuals, centers and more. Since the award was created in 2012, hundreds of nominations have been submitted by students, faculty, staff and community members.

This year, former Honors Praxis Lab, turned non-profit was awarded the Beacons of Excellence award. Connect2Health is an organization working in medical clinics which acts as a bridge between local community resources and under-served patients in need.

Connect2Health has grown rapidly since work began with the 4th Street Clinic, serving the homeless population of Salt Lake in 2012. In January 2014 an exciting partnership with University Health Care began.  Since then Connect2Health has expanded to two additional University of Utah Hospital Units in June 2014 and January 2015.

University of Utah Hospital, Women and Children Unit since January 2015